A monastic building as a host 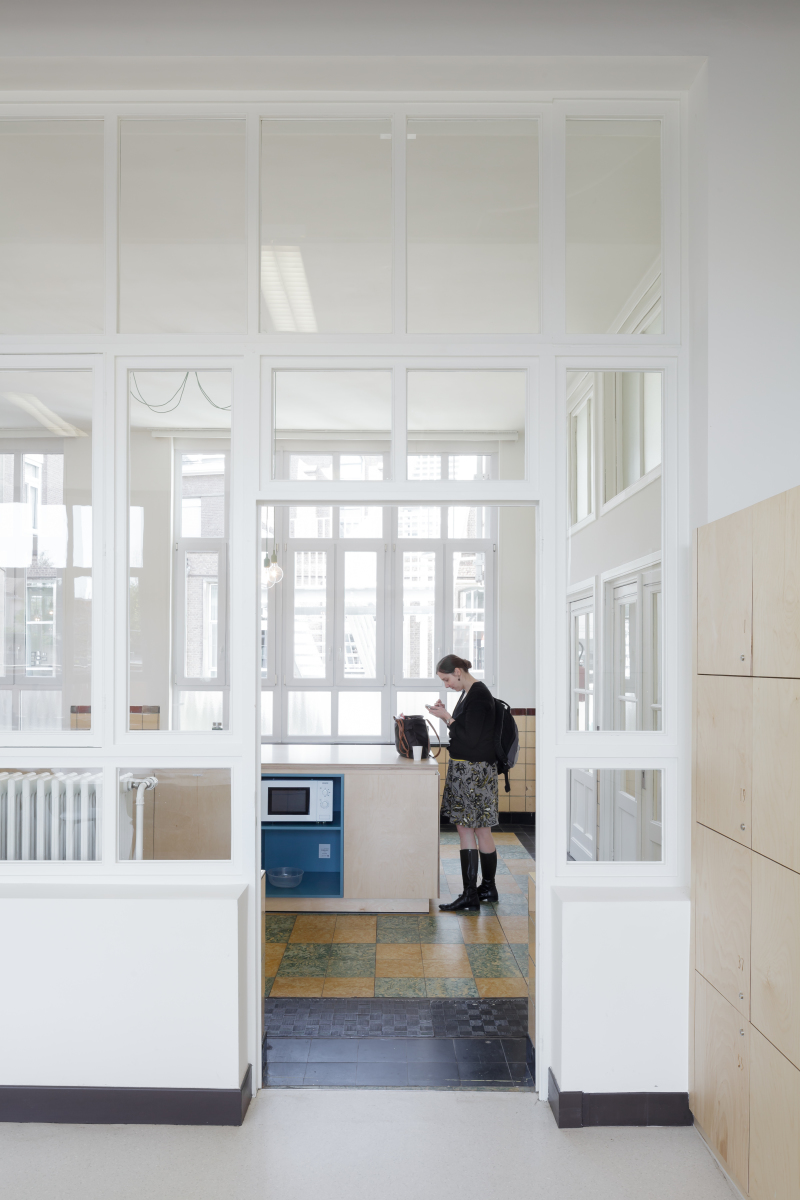 Today, education is at the heart of social developments. The field is changing at a rapid pace. The educational infrastructure follows this development, but responds slowly under the influence of economic reality. The former monastic building of Thomas More Mechelen is such a location. As a meeting place for future teachers, however, the school of higher eduction wishes to play a pioneering role in the response to this change.

We approach the former monastery as a stately home with rooms that are too large and ceilings that are too high. It is these excessive dimensions that allow us to transform the whole, as has happened so often throughout the years. The architectural interventions are minimal and restrict themselves to creating openings in walls, which remain visible like scars.

The defining interventions consist of free-standing wooden objects in the rooms. This enables light to penetrate deeper into the rooms. The emphasis is not on the objects themselves, but on their performance: how the objects organise the space, encouraging the use around them. The intention was not to “design a piece of entrance furniture”, but to reconsider the entire idea of an entrance. The added objects create an antiroom, a negative that redefines the whole.

The internal reorganisation clearly marks the building's entrance. An informal corridor acts as an ambulatory transition from the playground to the entrance area. From the entrance area, a series of rooms stretch back. As one enters the building further, this sequence evolves from public to private.

Around a second, cruciform intervention, four conversation places can be arranged.

A third intervention presents itself as a modular table system, providing multiple placing options to meet the needs of the staff room.

An adjacent room is set up around a kitchen island, which constitutes the fourth intervention. The island functions as a meeting place, the room as a practical kitchen, bordering on the staff terrace.

A corridor separates the silent room from the other rooms, the room being able to function as a silent room by the very absence of any intervention.

A number of specific, cost-effective measures have prevented an integral overhaul of the entire space. These encourage the use of the available teaching space as meeting places. The choice of usage is left to the user. 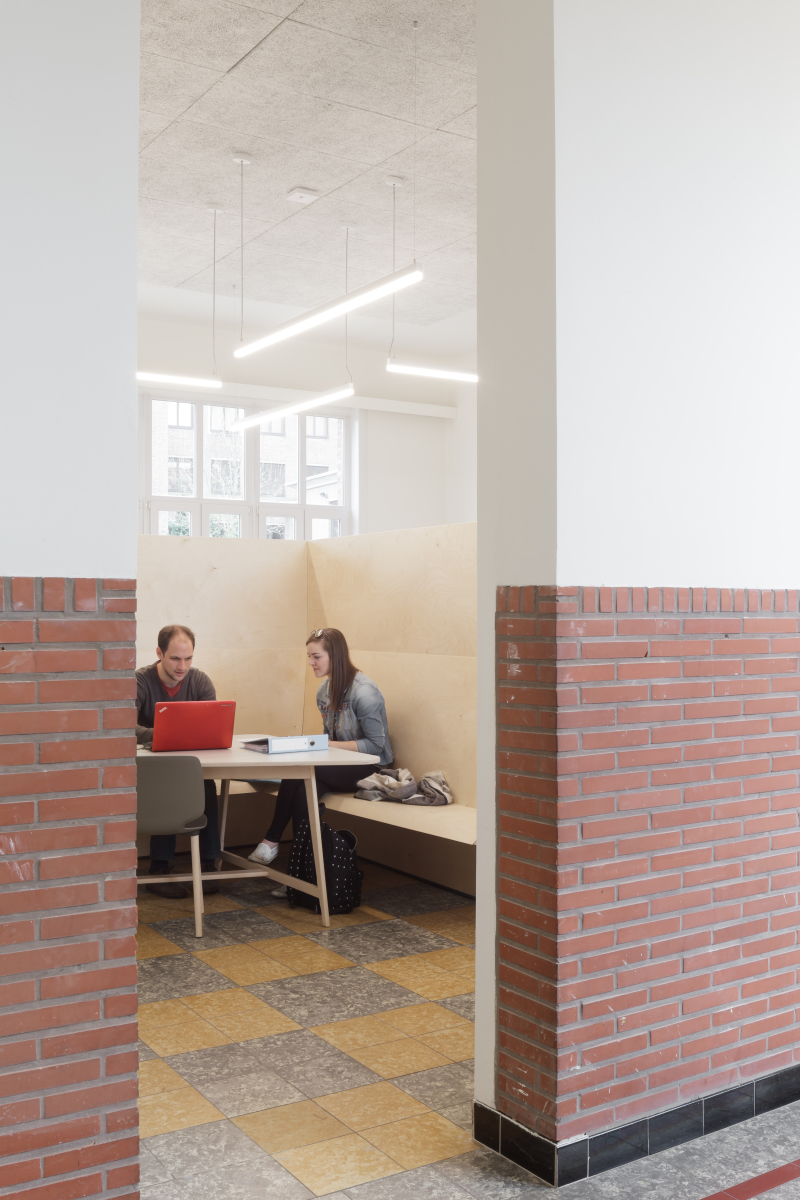 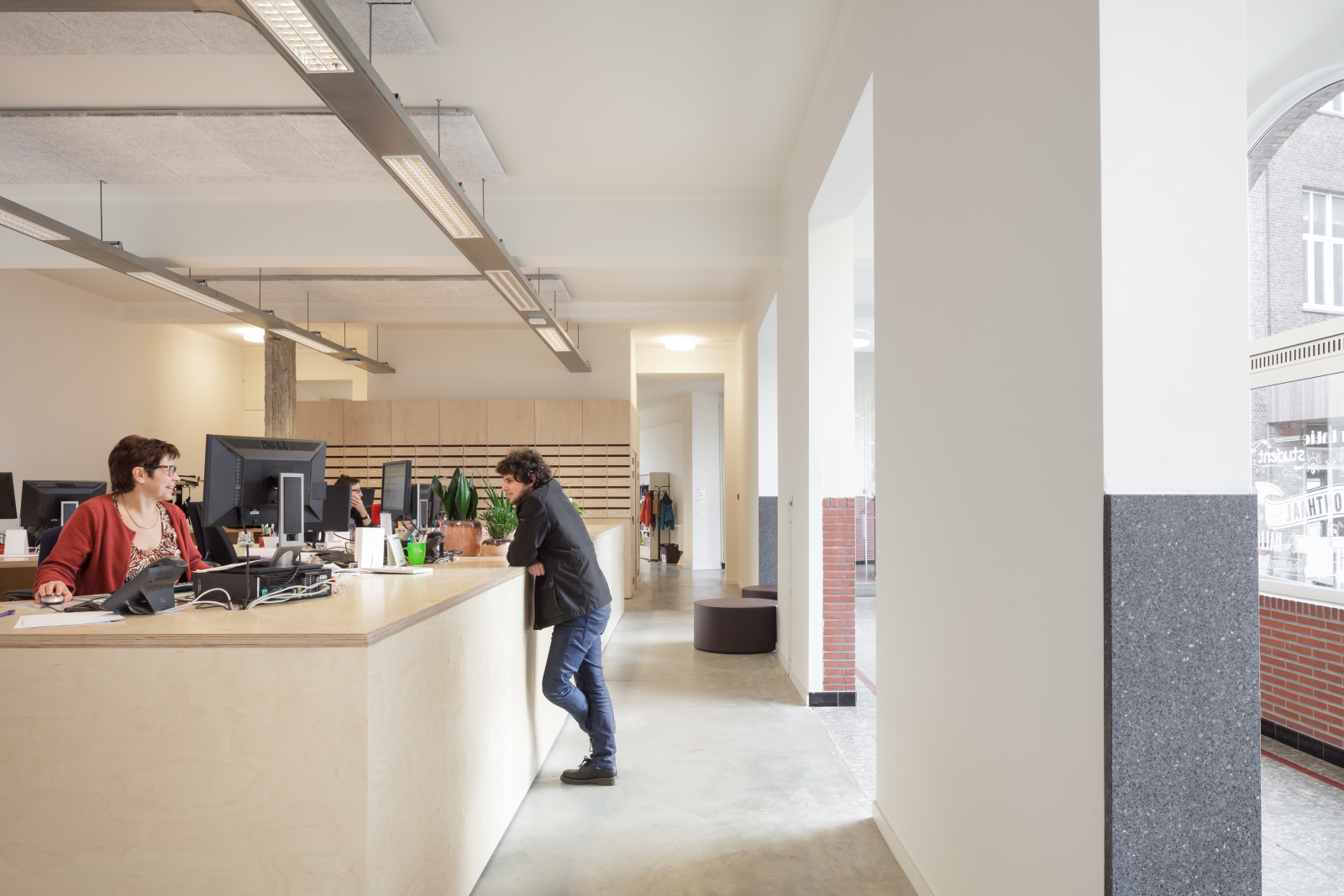 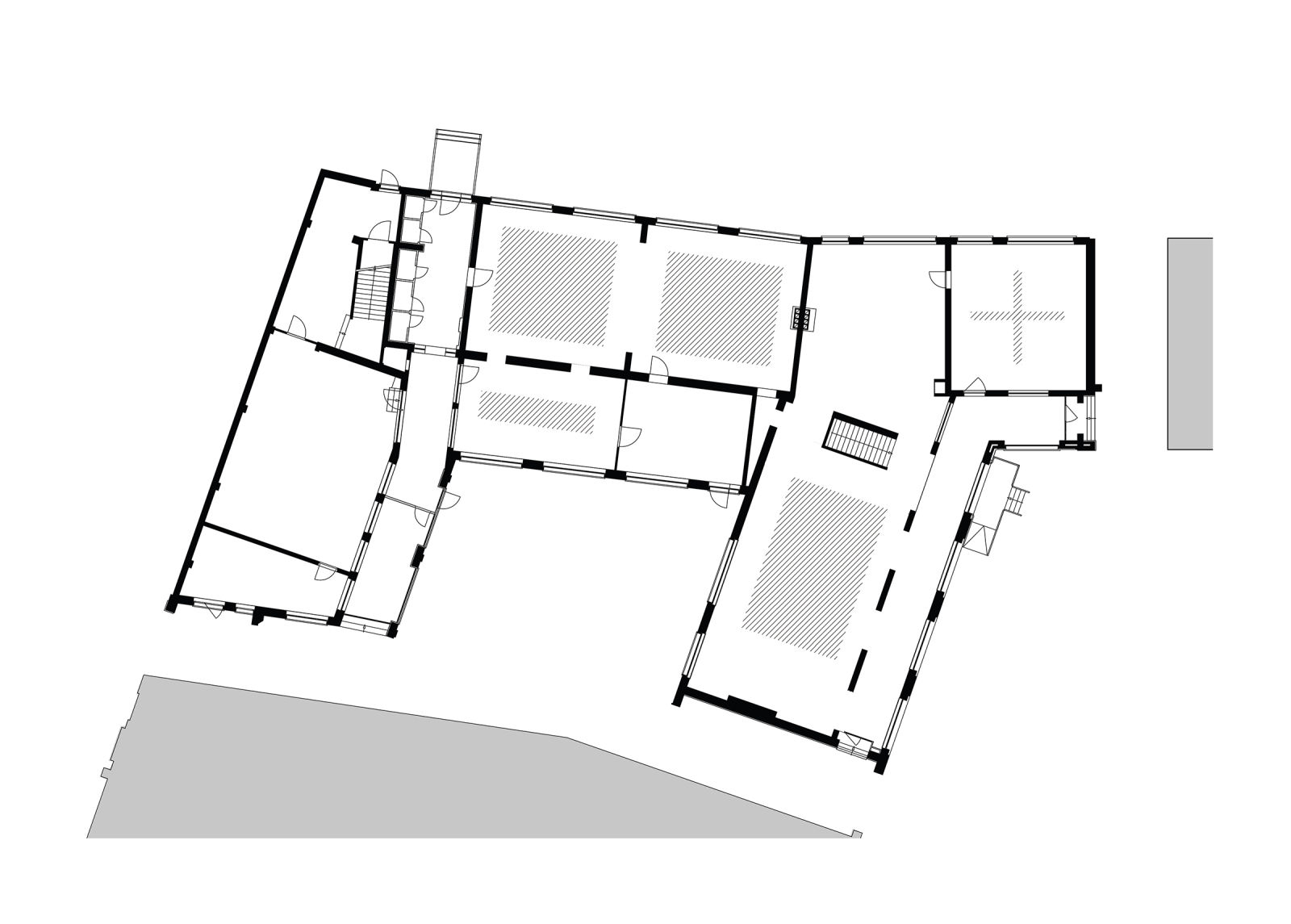 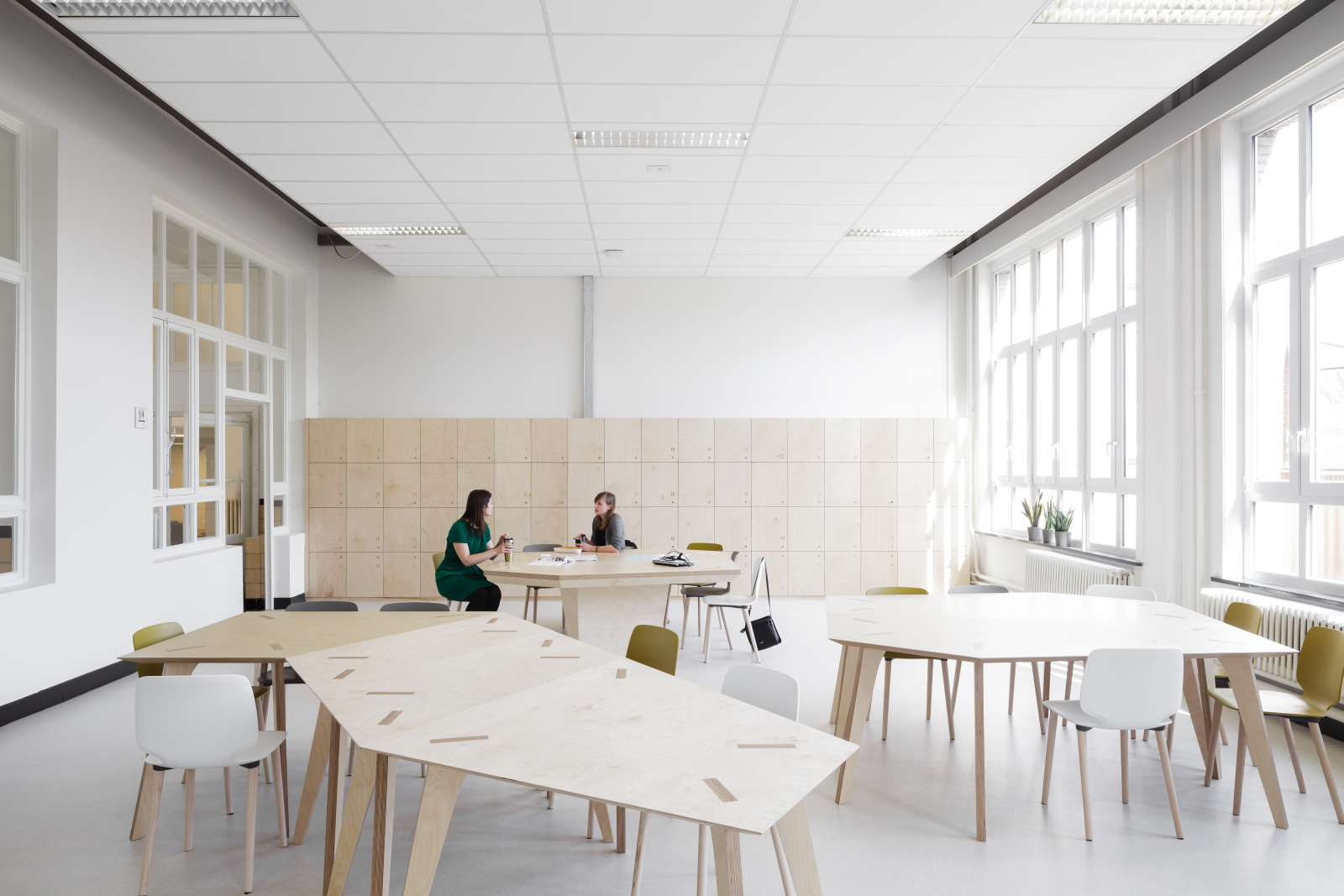 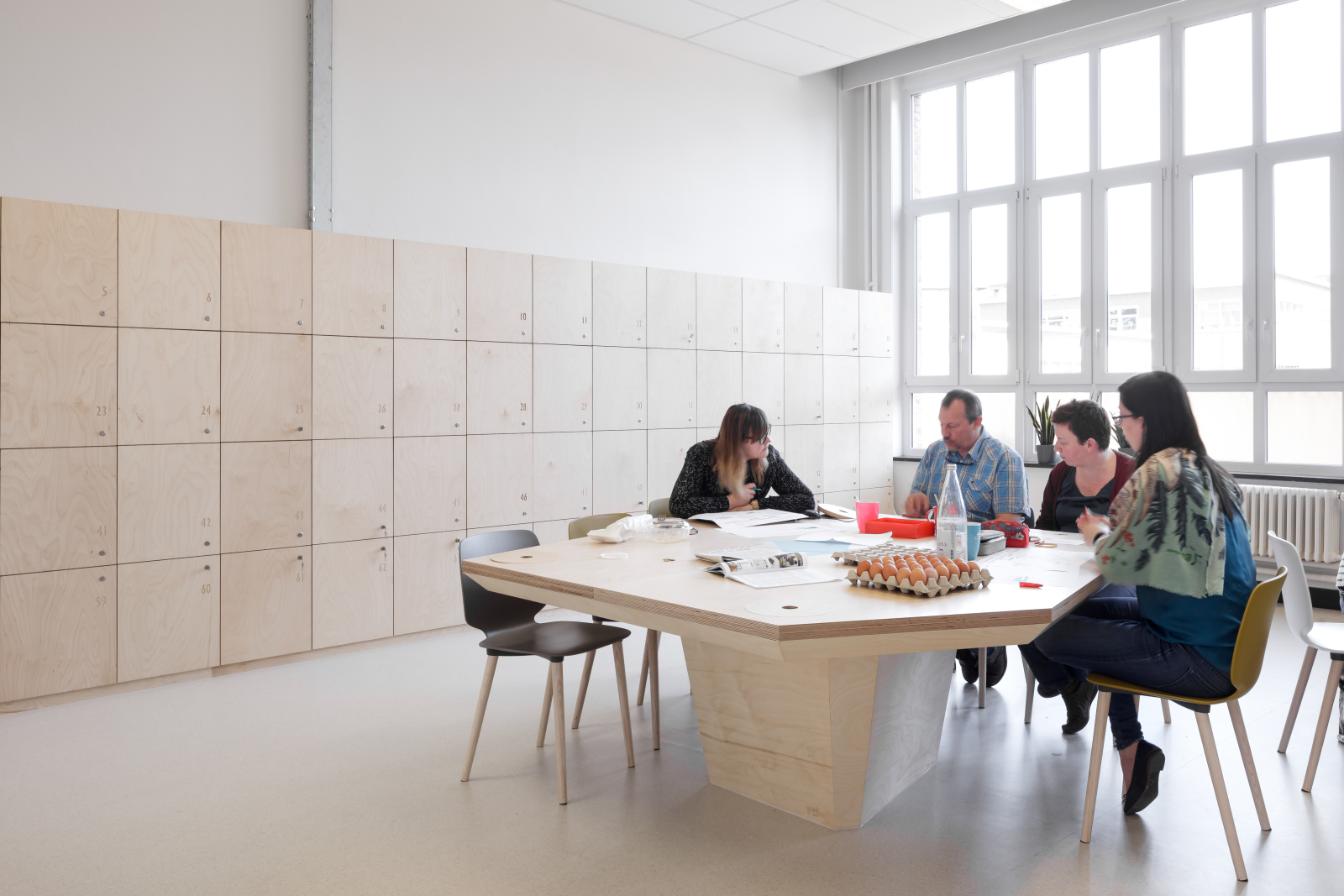 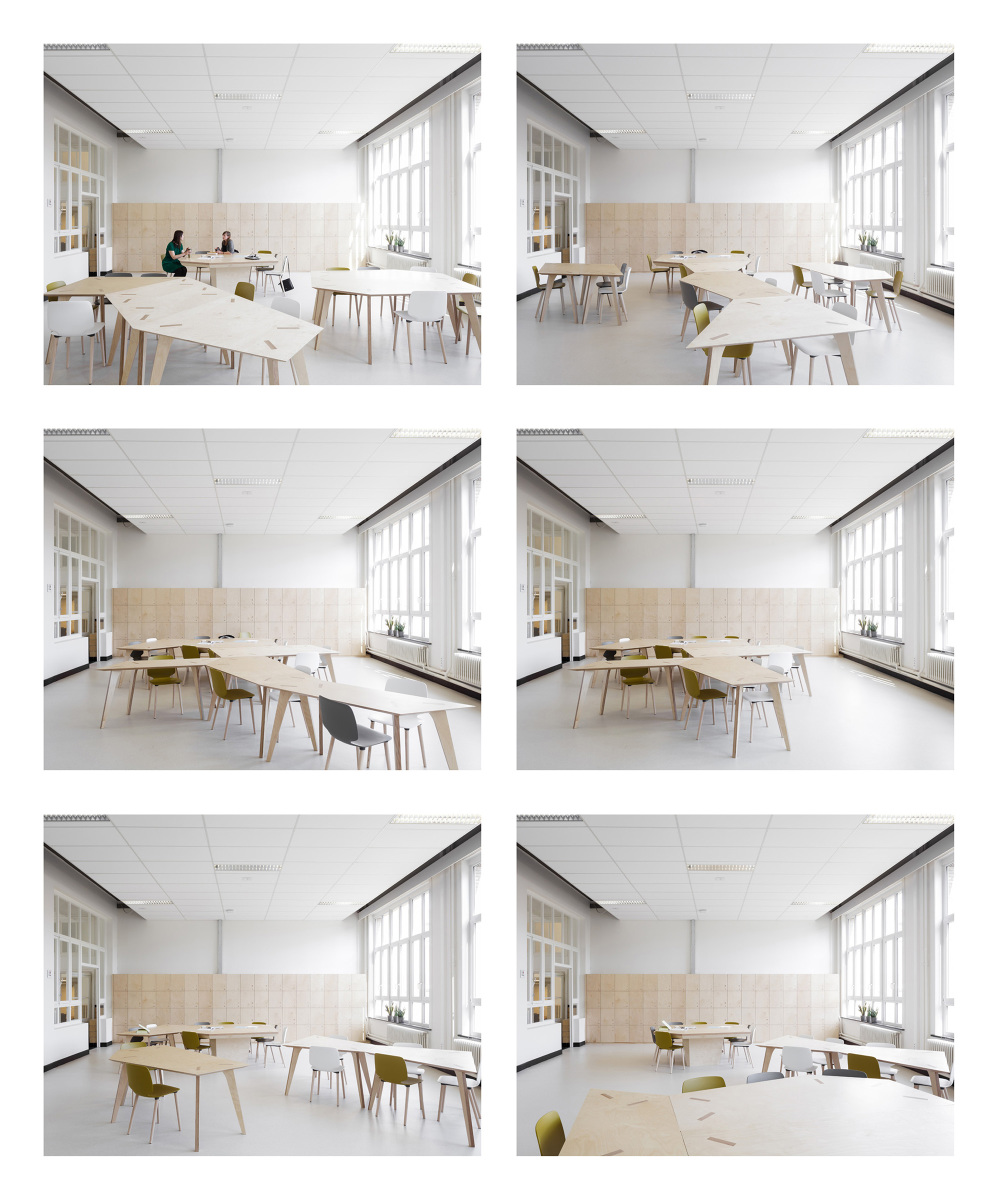 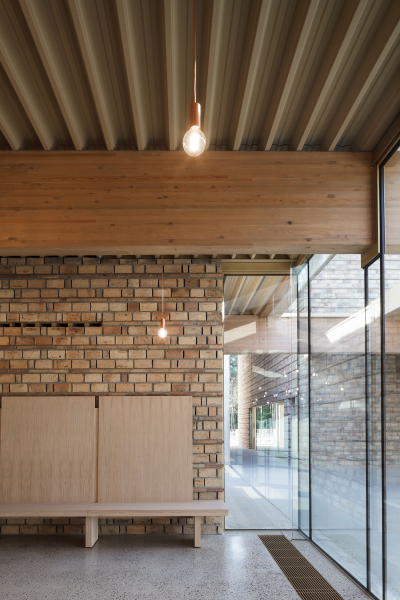